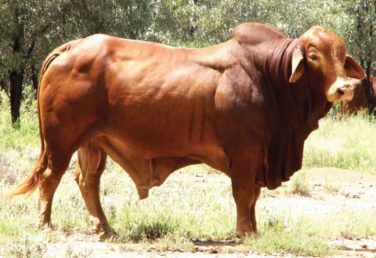 Nevada(son of Billabong Jack-Of-Clubs by Kapalee Goldfinger) displays excellent bone, muscling, length and temperament. A masculine polled head adds to his sire appeal. Billabong Rockafella(Reserve Senior Droughtmaster Bull at Beef 2009) & Billabong Southern Comfort are 2 of his sons that are currently working as sires in our stud herd. Nevadas’ calves are always easily identifiable as he stamps his progeny with all his most desireable attributes.